Netpositive or Netfucked: How to Map your Netflix habits 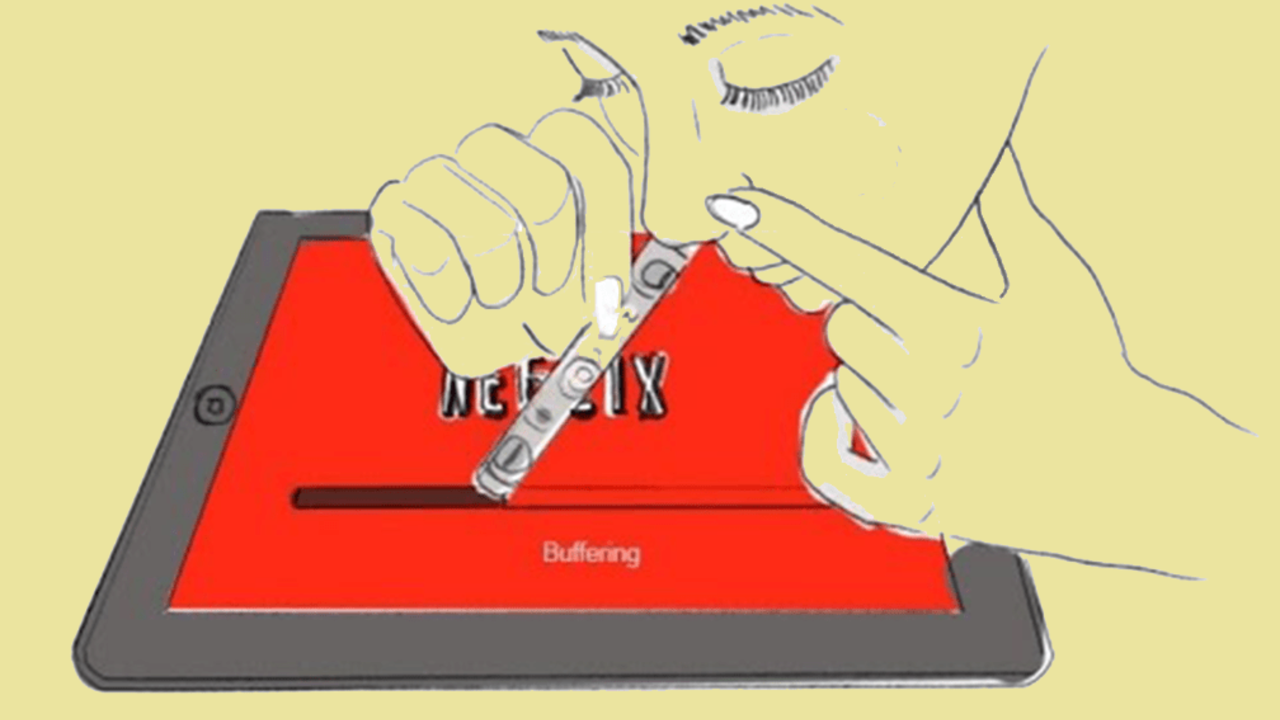 First time here?
We are a community of people that say a ‘BIG FUCK YOU’ to abstinence, while striving for healthy relationships with our vices (booze, food, drugs, sex, rock’n’roll AKA All the good stuff).
We use the same methodology to shift each vice and it’s pretty simple. We eat, drink, interact, play, purchase etc. the vice and the next morning we ask one question:

Was it Worth it?

Or #wiwi if you’re French.

This article is about Netflix.

It will give you a simple way to map your Netflix habit.

And would you believe it!? Netflix even make it easy to do this.

There’s a Step by step guide below including my reflection on a week of asking WiWi to my Netflix habits.

Anyone who tells you to binge is a bit of a prick in my book.

Bingeworthy is an actual word now, so before I take you through my week that was, I thought I’d throw in some basic science because it’s nice to know it’s only mostly, not completely your fault.

I found this at the same place I borrowed the awesome image above:

Binge-watching is here to stay and companies like Netflix are well aware. The hook these companies cast to assure you’ll binge watch is cliff hangers. Cliff hangers are scientifically proven to activate stress.

When faced with the acute stress of not knowing what is going to happen next, the body produces an excess of CRH, a hormone that mediates the release of other stress hormones in the body. This causes the body to remain alert (our fight or flight response), which can disrupt sleep. So, when you’re faced with that cliffhanger at midnight, you’re suddenly not so tired and you find yourself pushing through the next show. — Full article

They know what they’re doing and we’re all aware of it. But it takes a sucker to know a prick, so let’s sucken do this:

FYI
Yay = Yes
Nay = No
Comment = An optional mini-reflection and does two things:
1) Makes your reflection more concrete in your head
2) Inadvertently has you think critically about what you’ll do better next time. This is Vice Optimisation ;)
2

Sunday — The Last Dance (Nay) 1 ep: I didn’t finish my planning and preparation work for the week, so didn’t enjoy it as much as I’d have liked to. The nag is real and it left my Monday morning off to a shit start.

Monday — The end of the Fucking World (Yay) 2x eps: Perfect breakup between chunks of solid work. I at lunch as well. I don’t need two eps everyday but this was a good reset.

Tuesday — The end of the Fucking World (Yay) 2x eps: Good breakup between chunks of solid work. Lunch again. I don’t need two eps everyday but this was a good reset.

Note: if you learnt the same thing — copy and paste is sweet ;)

Wednesday — The end of the Fucking World (Yay) Final Episode: That was enough for the day and didn’t feel like I needed to watch anything else.

PS. Politely EAD Netflix for rolling on another movie straight after. And in the middle of the day! Maybe if it was the Golden Girls movie.

But when you finish a series it’s kind of like saying goodbye to an old friend, who’s taking the train and you’ll probably never see them again.

Except in Netflix-Land it’s like you’ve said goodbye, perhaps shed a tear, and then some Cowboy taps you on the shoulder and says ‘let’s be partners’.

You think to yourself, ‘I’m gunna punch this fucken cowboy’ and just as you line up his nose, he shows you his shiny pouch of golden coins. And the milkybars are on him.

Thursday — Afterlife (Yay) 1 ep Massive yay. Dark comedy when you’re feeling a bit down is such a rad way to pull yourself up. It’s cathartic humour.

Which Ironically led to me writing an email titled ‘Thieving MethHeads and doughnuts’, which you can check out here. Jjust don’t be an impatient turd and click away from this masterpiece.

Friday — Hannah Gadsby ‘ Nannette’ (Yay) + Anelka ‘Misunderstood’ (Nay) Nannette is probably one of the best things I’ve watched ever (highly recommend; and talk about cathartic comedy). Anelka is one of the worst and I love football.

But this isn’t so much a Nay for Anelka being shite, it’s more because I stayed up late and watched over 3 hours of Netflix.
Fuck that noise. My sleep was shithouse too.

Saturday — No Netflix but did watch a movie Narnia 2 (Nay) Was fairly shite too, but regardless, I reflected on the fact that I’d watched way too many things this week on the laptop and Fuck that Noise 2 (the sequel).

So how Netfucked am I?

My results suggest there’s some improvements to be made with a 4Yay 3Nay split. And some willpower to install into my system.

Truth be known, this is the most Netflix I’ve watched in a while and I kind of dialled it up a bit for the challenge.

My ritual leading into the week was to watch a ‘The Last Dance’ Episode once every Sunday, like we used to back in the good old days of not on-demand TV . Member that?

And then I use shorter form episodes to break up my day. This is usually coupled with eating lunch and sitting down away from my work desk. So for most-intensive purposes, it did its job.

I found it good to reflect on not only my behaviour but the sneaky things that Netflix do.

While all vices are neutral - we give them the power to be good or bad - it’s important to be aware of the territory you venture into. And like a shit Narnia movie, make sure you’ve got a magic sword in your tights to cut off the heads of Milkybar Cowboys who sneak up on you.

So how Netfucked are you?

There’s a really simple way to see if you are in fact Netfucked or perhaps you’re one of the special Netpositive magicians.

And Netflix can even help you do it:

I’d recommend uploading the file into Google Sheets and then adding the Worth it? column and Comments column.

I could have created a template as a cheeky way to get you to join the 101 Tokens Crew email list, but it would actually take you longer than just adding the headings in the column.

However, if you’re frothing to learn more about your world of Vices and the occasional challenge.— here’s the link.

Ok no more Netflix puns! That was a Nay BTW.

The important thing of note is to use Netflix as a part of a healthy day of viewing and doing. Episodes are part of transition and I use them to my advantage ‘most of the time’ and then ensure I’m aware if they’re using me. That’s what #wiwi is for.

And then if you need to give it a nudge up or down, you’ve got the power to do it :)

So that’s it. You can apply this process to anything. We have an app called 101 tokens that you can download to make it easier.

But for Netflix, with their kindness to let you export your viewing, I’d just use a spreadsheet as detailed above.

So the question is my friends? Are you Netfucked or Netpositive?
Let me know, I always love to hear about if this stuff works or not and even how to improve the game: — [email protected] or join our Crew Mail

If you know someone who could use this please share it with them. And if you found this useful please clap as many times and as loudly as you can.
I will hear it and send you a shaka back.