My Biggest Token Challenge Yet- By Bailey 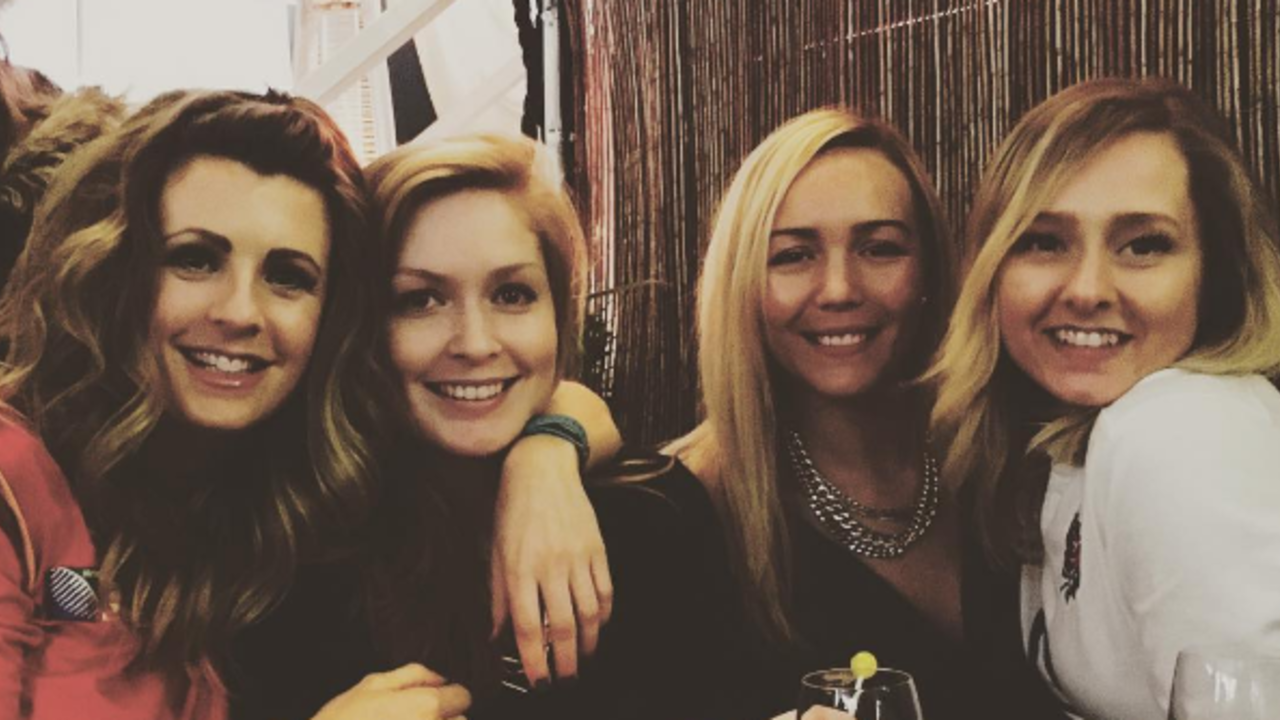 The following is a guest article written by one of our Token Team Bailey about her journey in 2017. In particular a little incident that’s turned her year on its head…

Moving into 2017 I was confident the ‘101 Token Challenge’ was the one for me. After many a Christmas party leaving me feeling like a deflated alcoholic balloon model (think the kind your uncle would attempt at a family barbeque). I knew change needed to come, and as Michael Jackson once said in arguably the best MJ song ever released, ‘Take a look at yourself, and then make a change’.

January saw a New Years Day outing to Cheltenham Racecourse, lots of champagne with family and friends, very little money won on the nags — my first ‘Yay’ in the bag. Then came a couple of mid-week tipples, again ‘Yays’ and I thought ‘this is EASY’.

Now here’s the kicker. My birthday is 2nd January (poor cow I hear you say), yep. No-one ever has the cash or inclination for another party so early into the New Years Resolution season, therefore I always push my celebrations back to the end of the month.

I had arranged a few cocktails at a bar in Brixton with friends, I even bought a bandage (that’s the fashionable term) catsuit for the occasion, thinking ‘well this will be the last time I can get away with mutton being dressed as lamb’ and was feeling pretty damn good. Token number 5 was going to be a resounding YAY!

The evening started out really well, friends were slowly arriving which meant I had a good few minutes with each person to catch up. Then, a big group of Isaac’s (my partner) pals arrived with their girlfriends. I’d like to think I’m good friends with these girls, we spend a lot of time together and I enjoy their company. I popped outside for an obligatory ‘I only smoke when I drink’ fag with one of the girlfriends proceeded to single handily dismantle the good vibes. Turning my night from a ‘Yay’ to a ‘Nay’.

I won’t go into the finer details; my point being really is to state that not every night where alcohol is involved is within your control in terms of having a good or bad night. My first Nay…on my birthday. How poo!

But not to worry. February was a month full of token days off. I was in the gym loads, spending more time with my family, baking up a storm in the kitchen and just generally enjoying not having to drink at every occasion that presented itself to me.

As with many of my fellow Token keepers, my friends struggled to understand what I was doing and why the 101 Token challenge was remotely difficult. My favourite comment was ‘that means you can drink every other weekend of the year, what’s the big deal?’….WELL…the big deal being that most activities with people my age revolve around alcohol; house parties, festivals, weekends away, after work cocktails etc… So this was the perfect tool to moderate.

Something pretty amazing happened in February, however I wasn’t to find out what that was until a number of weeks later.

March. Oh glorious March. My favourite token day off in March was going to a cake baking class and making a two-tier fondant covered cake — it sounds dreadfully boring to most, but I LOVED it and couldn’t stop smiling the whole day. Neither could my housemates when I brought my creation home for them to share.

My final token spent in March was to be my last token spent for a few months…it was a perfect day of day drinking with my girlfriends in front of a TV screen watching the 6 Nations rugby. Although my beloved Wales placed second to last it was a perfect ‘Yay’ token that ended in dancing and cheeseburgers in the taxi home.

I mentioned that this was to be my last token for a while…this is because on April 7th I found out that I was 6 weeks pregnant. OOPS!! I don’t really want to dwell too much on my token spending throughout this time (it doesn’t count, I had no idea). So I’ll focus on the weekend of love instead.

Isaac and I were in North Wales, we had big plans to scale mount Snowdon. As is typical with the weather in this part of the world, it was absolutely pissing it down. We prepared for a wet climb (I say climb, I had convinced Isaac it would be safer and less stressful on him to listen to my whining) to take the easiest route the mountain offered.

I’ve never felt so well protected from the elements in my life (Isaac is a military man, so takes this kind of thing very seriously and has told me on more than one occasion ‘Water will always find a way in’) therefore, I was trussed up to the hilt in full waterproof attire and walking boots. We got in the car, drove to the base of the mountain, decided it was too wet, took a picture near a waterfall and then proceeded to sit in a nice warm pub and watch the rugby for the rest of the day. Ridiculously tough, I know!

After our defeat, we headed back to the lodge where we were staying and hit the hay. This was to be the big night — in a gorgeous wood cabin in the hills of North Wales was to be where our lives changed forever.

I’ll bring you up to speed on what’s happened since: We’ve taken an obligatory ‘How to announce you’re pregnant in a fun way and release on social media photo’ — see below. We’ve had our first scan (all is well) and are about to move into a new house at the end of this month.

I guess the conclusion of my own 101 Tokens journey is that you can achieve some pretty amazing things on your Token days off and one ‘Nay’ result doesn’t always mean it was your fault. Just look on the bright side when most of your nights out are ‘Yays’.

To the rest of the Token Team: I’ll see you all in December…with all those tokens stored up and becoming a new mum, I’m going to be swimming in Prosecco.