What happened after a year off the booze? - Josh’s Story 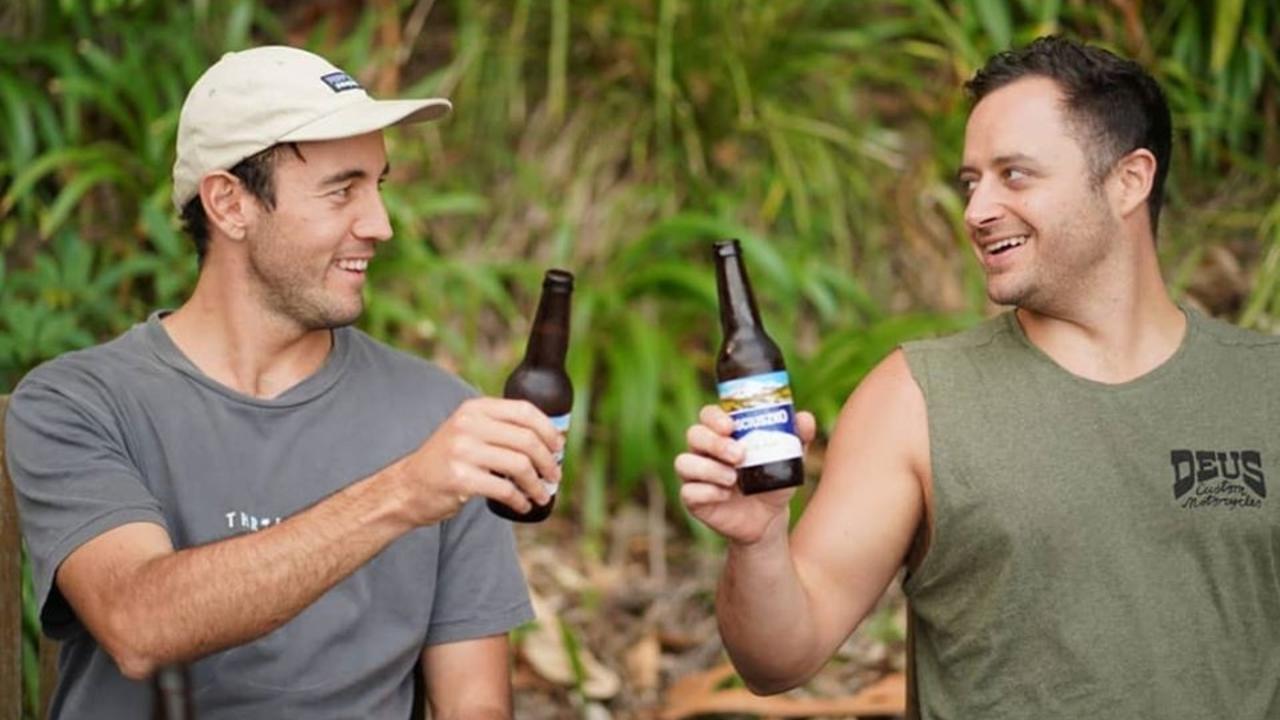 I’m going to ride around Australia on a solar-powered electric bicycle...

Yep, you read that right. 15,000 kilometers around Australia using the power of the sun and a two-wheeled vehicle.

I haven’t even left yet but I’ve already been asked many times, why are you doing this and how did you come up with this idea?

I want to share my story with you to help clarify both of those questions and give you some insight into my year off the booze. 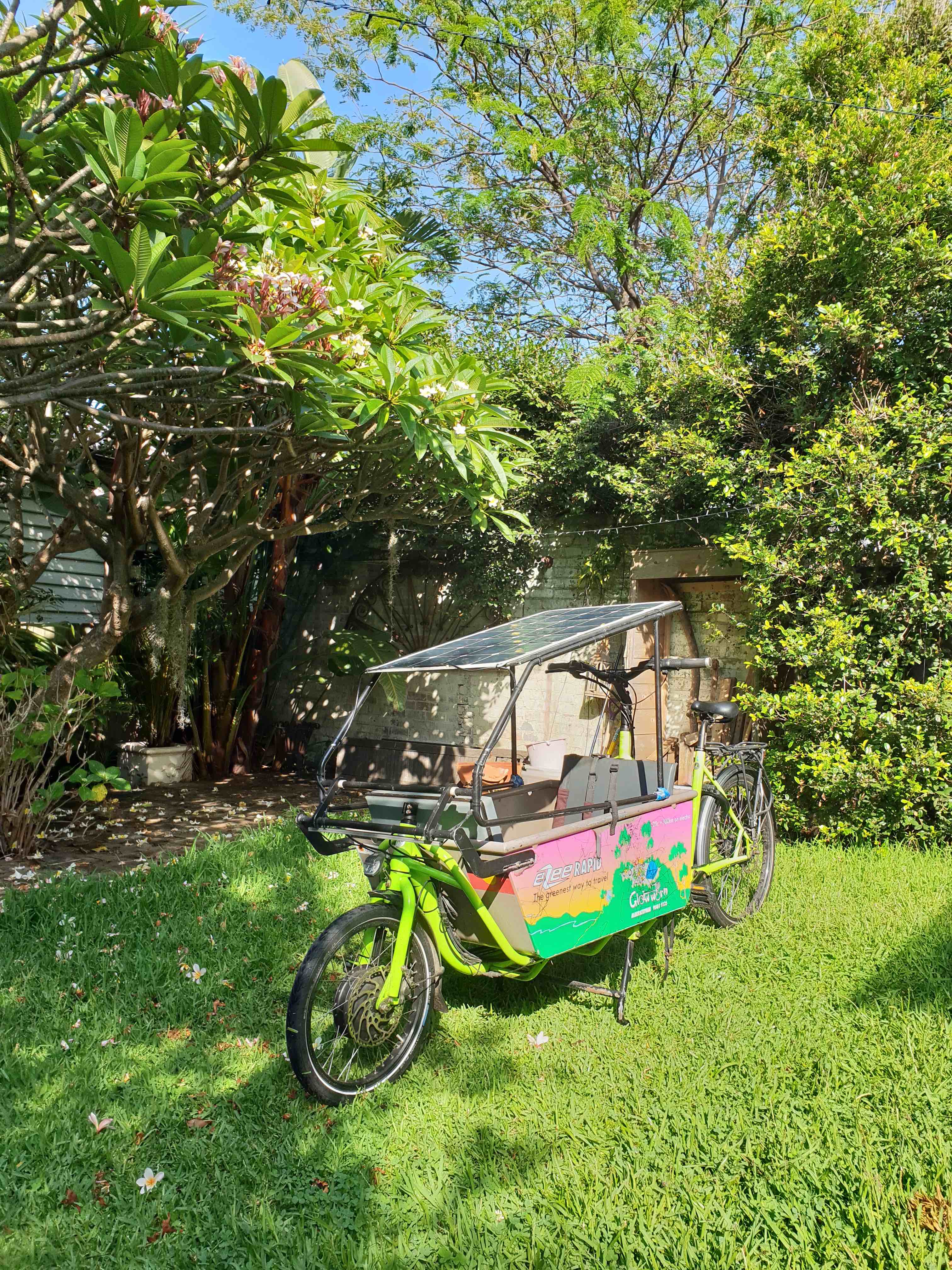 It’s the end of 2018 and I've just come out of a long term relationship which had led to some not so great drinking habits. My family has a bit of history with alcohol so this is something I wanted to curb as quickly as possible. 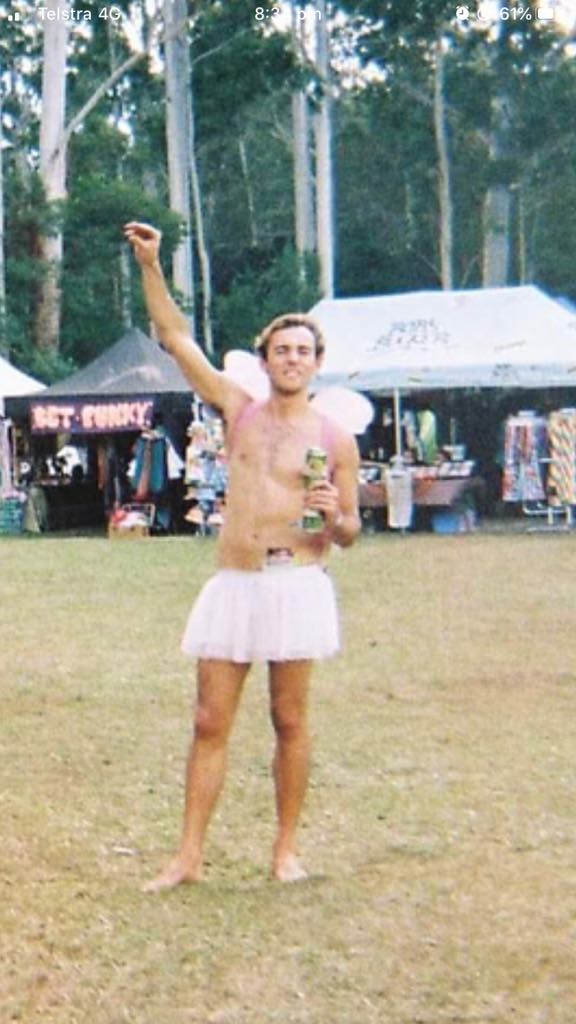 I found this guy Benny Wallington on LinkedIn.

He was always on there talking about optimising drinking habits and it was really funny because he never wore a shirt. He called it #linkedinlidsoff and I thought it was epic.

Anyway, after following Benny for a while on LinkedIn I decided to attend one of his workshops in Sydney CBD.

I went along and found the night super interesting. I downloaded the app he had called 101 Tokens where you could keep track of your drinking habits and rate your sessions with a yay or nay.

I found out pretty quickly my drinking habits were shit and I was having a lot more nays than yays so I ended up coming off the app and coming off the booze altogether.

I committed myself to a year sober.

I also reached out to let him know I'd be keen to get involved with his business 101 Tokens.

Benny frothed on the idea so I started an unofficial internship and we kicked off a little project at the start of 2019 called Friday Drinks Club.

Once a month on a Friday Night we set up a small group of people that would get together and have a few drinks, alcoholic or non-alcoholic , and share a space for safe and inclusive conversation around boozing. 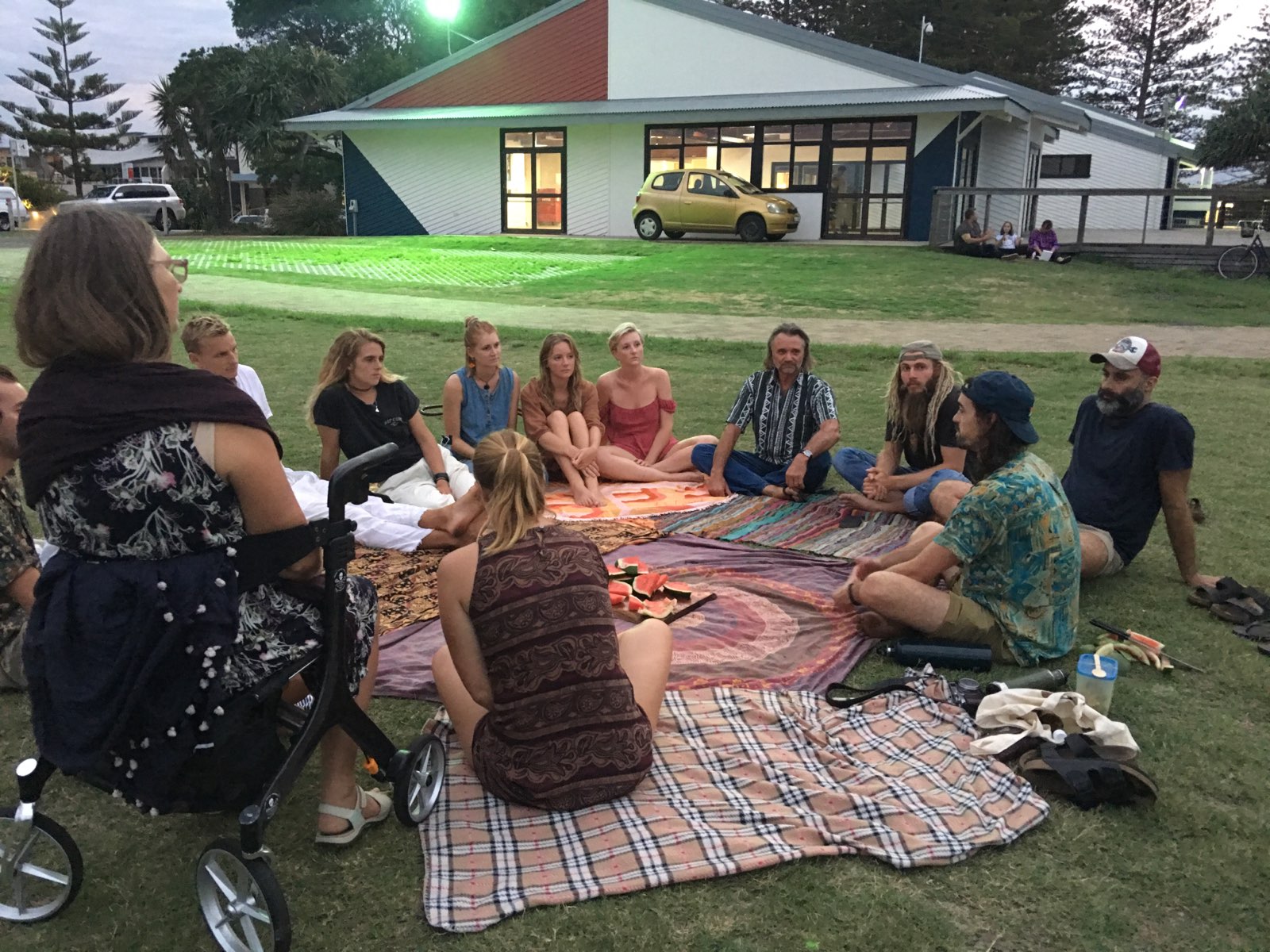 The first 3 months of not drinking were the hardest although after I crossed that 3-month hump, all the benefits started really kicking in and the pace was set for the rest of the year.

For anyone thinking of taking an extended period of time off the booze I would say go for 3 months or longer. The first 2-4 weeks will be the hardest but you need to remember it’s just a mental game and you have the power to make the decisions.

Try setting up a trigger point that will allow you to easily engage that mental power. I actually didn’t have a trigger but because I’d been practicing meditation and mindfulness for years I was easily able to bring my awareness into the present moment.

When I was tempted by a beer I made the mental switch to the present moment and reminded myself of the commitment I had made to myself which was far more important than the temporary joy a beer would have brought.

Once you get past that first couple of months you will really start to see increased energy levels and increased mental clarity and that will just snowball on after the third month.

I found that with each extra month off the grog my momentum was building and I was actually less and less tempted by alcohol because of how elevated my state was.

About 6 months in, I came up with a crazy idea to cycle a solar-powered electric bike around Australia and hold community events that were focussed on regenerating our environment here in Australia and connecting Australians with one another.

My work in 2019 was mostly running environmental community events so it seemed like a natural progression, a great way to see the country and do a bit of traveling without having to fly abroad. 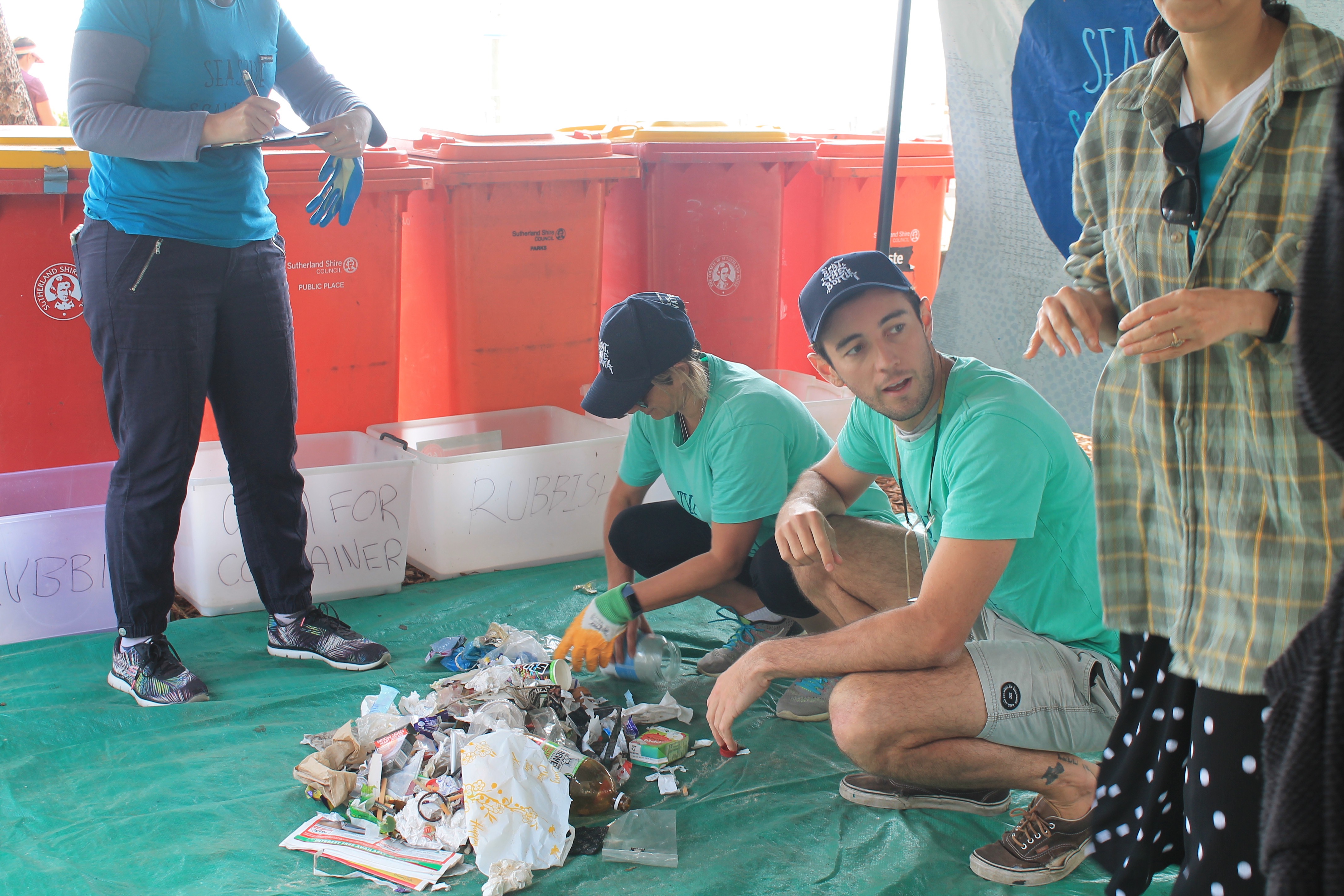 Having so much extra energy and mental clarity really allowed me to explore this gnarly idea and I spent the back end of 2019 laying the foundations for this epic trip which would be called The Big Bike Ride: A Regenerative Tour

Essentially the ride was born out of an energetic year off the grog and it will be a positive environmental impact tour of Australia on a solar-powered electric bicycle that’s focussed on regenerating and connecting country through traditional and modern methods.

The way that I plan on facilitating this process is by sharing time with Australians at community activations where we will focus on current environmental solutions and the importance of the connection between humans, indigenous and non-indigenous, as well as our natural environment.

These community activations will include film screenings of the hybrid documentary 2040, where the viewers will be prompted to Join The Regeneration, to learn about, contribute to, advocate for and invest in regenerative solutions to improve our planet.

On top of the film screenings we will be creating inclusive cultural conversations with YARN Australia around the solutions mentioned in the film as well as the needs of the communities these events will take place in.

If this sounds like something you could froth on than check out the crowdfunding campaign which is live right now.

I’m calling on the community to help get this project off the ground so your support would be greatly appreciated.

If you own or know of a business that might like to get involved in this trip than there is an awesome opportunity to purchase brand logo placement on the side of the cargo box which will be at the front of the bike.

This adspace will be mobile, travelling 15,000km around Australia over 9 months and passing through over 100 different communities. Check out the opportunity on the rewards section of this page.

If you want to learn more about the bike ride, communities that will be visited or solutions we’re working with than sign up to the newsletter and follow the ride on Facebook or Instagram.

If you live around the coast of Australia and know somewhere the Big Bike Ride should visit then get in touch via our contact page here.

And about the beers?

I’m back on ‘em. The first one after not drinking for the whole year was super tasty. It was a Kosciuszko Pale Ale. The year off was massive for me in that it fully reset my relationship with alchohol. I now view it and am able to manage my consumption of it much better than before.

I’m not perfect though, I’ve had one blinder since I started again and that hangover was just as bad as I remember 'em.

Before I stopped I was experiencing these hangovers way more than was good for me and now that I've readjusted my drinking habits I feel a lot lighter mentally.

If you’re doing a year off the booze I salute you. Go for it. You won’t regret it and you can do it! 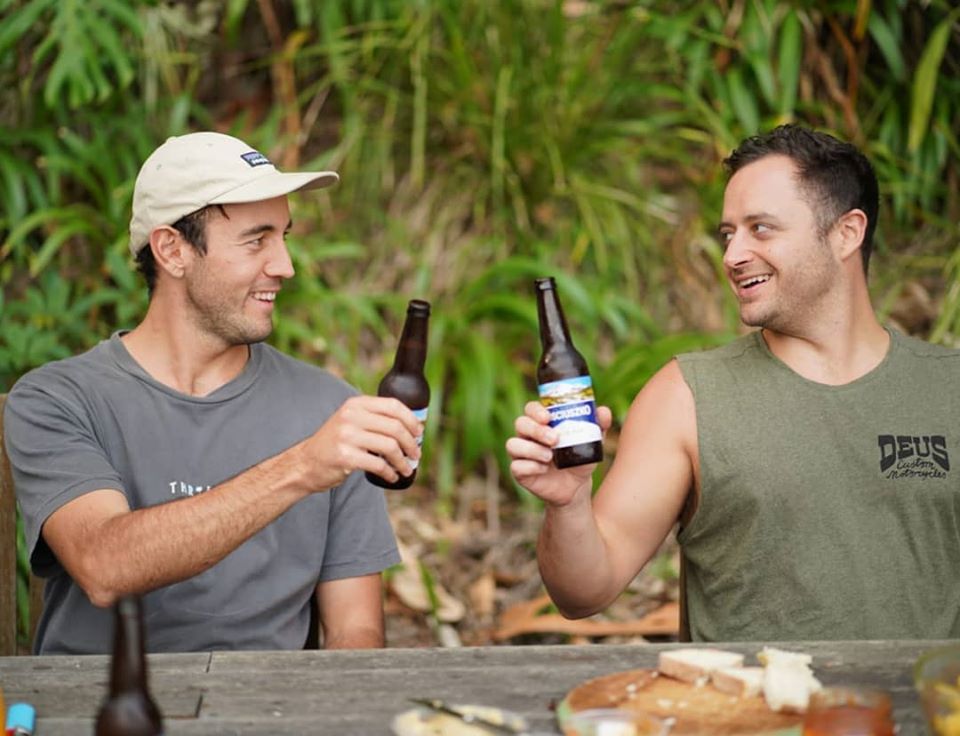