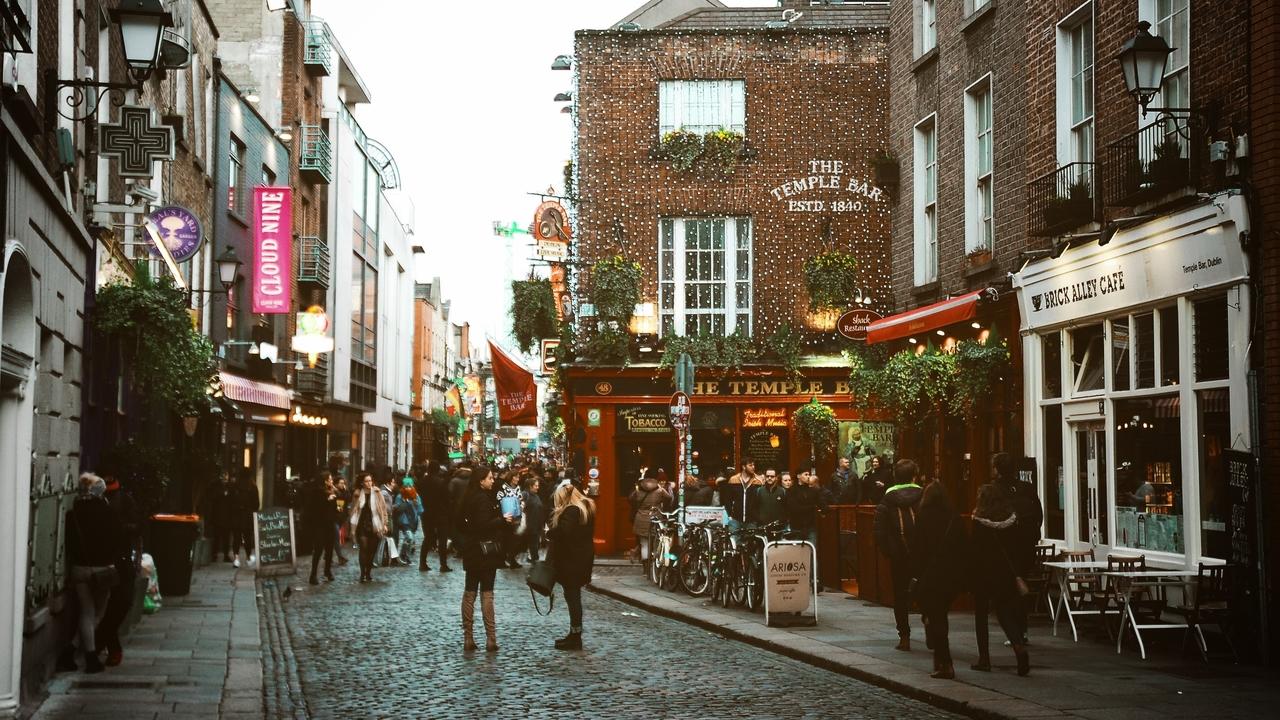 Sometimes I get emails from the Tokens Crew from around the world - thanking me for putting the app together.

It’s bizarre because they’ve gone on this entire phase of self-discovery and for the most part, I’ve never even spoken to them.

About 8 months ago Caroline Kennedy replied to an email I'd sent with this...

"I have for sure been spreading the 101 gospel in Ireland! The joke in the office when I am off to a nice event is the question: “So you’ll be spending a token, then?...”
I certainly spent a token yesterday at the Ireland v All Blacks game in Dublin! We won for the first time on home soil. A fantastic feat!
Anyway, I would love to meet you when you come to Dublin. It’s so interesting what you are doing. We will stay in touch and when I get some down time, I will write up my story for you. I have so enjoyed my year so far and the app has definitely changed how I view and use alcohol. I could of course very easily help you with publicity on your trip to Dublin if you are interested in raising awareness etc.
I am on 76 tokens at the moment so I’m curious if I will end up using 101 before the year end." 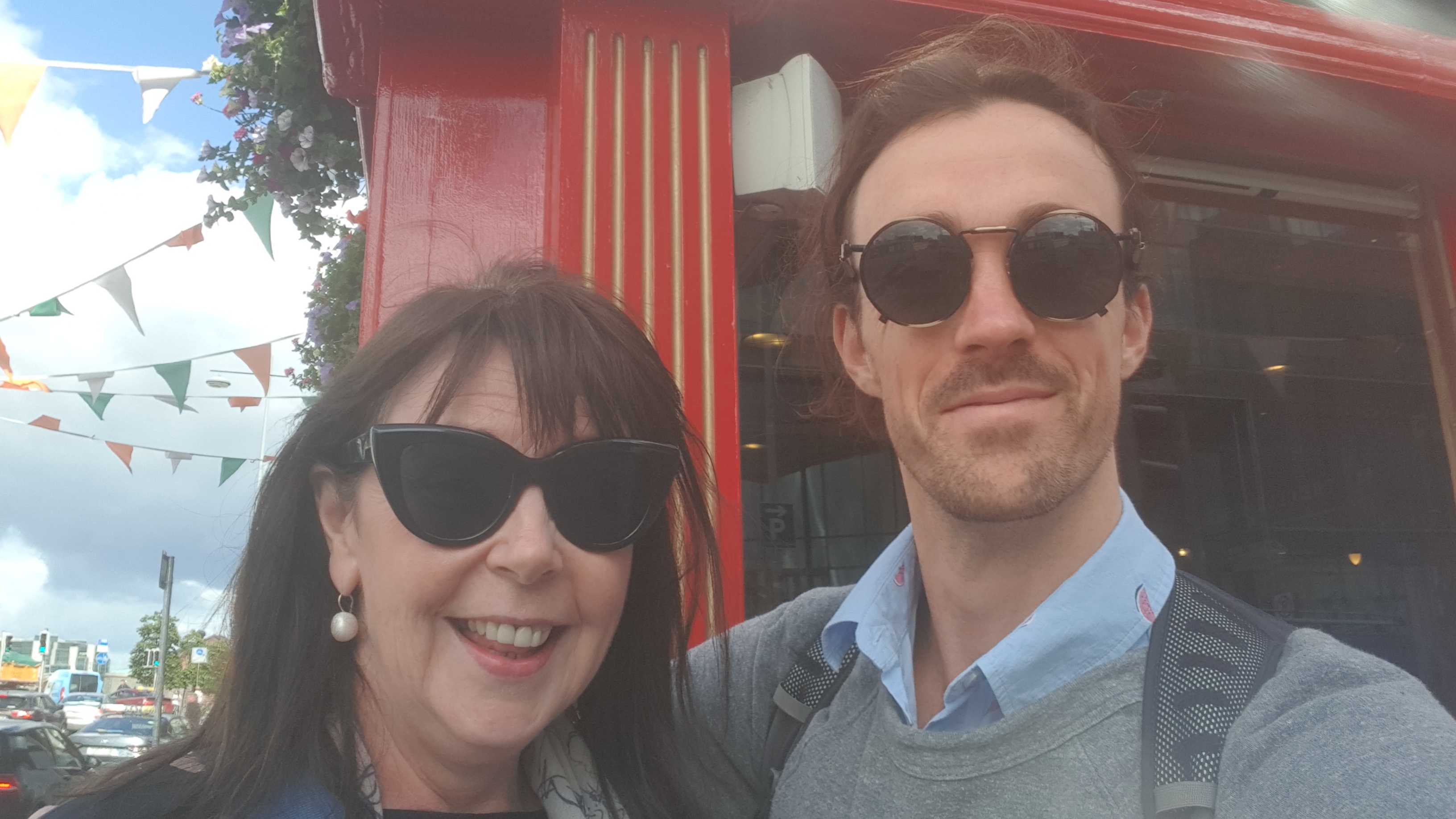 I’d always wanted to go to Dublin and about 2 weeks ago I committed to attending an event in Croatia and Dublin and Caroline popped into my head.

So I contacted Caroline, and we lined up a chat.

Caroline started lining up contacts for me - So epic.

But, to be honest, in amongst the excitement of going traveling to a new country, I was feeling a little depressed at dinner the night before I flew out.

I’ve been up and down like a yo-yo lately, growing pains I assume are associated with deep self-inquiry.

‘When you go to Ireland, what’s the best thing that could possibly happen?’

Jacqui and I did long distance for 8 months, so we pride ourselves on inquisitive questions and this was a banger.

I paused for a long time…

It was a great as a state-changing question, but fucken’ tough when you’re in a negative mindset.

And even though it didn’t make sense to me completely, I said - ‘Find someone in Ireland to run 101 Tokens Europe…’

I smiled and finished dinner.

Then, it wasn’t 'till I was on the plane over and thinking to myself about this again…

All these big companies keep stringing us along, not realising how they almost crush the business every time they do it.

It pisses me off, even though I know it’s not their fault.

Generally, people I speak to are excited and keen to run a program, but it seems there are too many risk-averse nerds calling the shots.

Forget big business, why don’t I find a country to partner with?

I know my app works, the online program is getting powerful results too.

Let’s roll Tokens out across a country!

And I get the feeling that Ireland aren’t risk averse nerds.

In a lot of ways Ireland has been a pioneer when its come to groundbreaking change and shaking shit up.

Plus, the welcome I got when I came through customs was nothing short of grand (their word for epic).

But, there is the darkside to these cheerful people and most of it revolves around alcohol. The standard violence, injury and long term health implications that sound all too farmiliar.

Just like Australia, they had a report come out around drinking less units per person.

Unlike Australia they haven’t had an article praising the system for the decrease, because it means sweet FA if the crime, violence and strain on the health system are still increasing.

Like they are in good ole’, she’ll be right, Straya.

But back to the frothy news.

My boofhead will be in the Irish Independent on Sunday thanks to Caroline and her friends, who happen to be some of the most powerful media figures in the country.

It helps to have pioneered one of the continents premier PR companies and be a genuinely lovely human.

I’m even waiting back to hear if I’ve got a meeting with the Health Minister.

Sounds about right that we should hang out and see if we can make some music on this one.

So who knows, Ireland might be the first Token fuelled country redefining their relationship with alcohol.

The Irish and all the expats drinking Guinness with smiles on their faces, both in the pub at night and when they wake up and ‘show up’ the next day - free from the shackles of ‘the fear’ - The Irish version of Hangxiety.